OpenVPN Protocol: How it Works, Which Connection is Faster, UDP or TCP

OpenVPN is an open-source encryption protocol with AES-256 and SSL 3.0 support. Connecting using UDP and TCP makes it a flexible VPN protocol in terms of customization for the end-user.

Benefits of the Source Code

OpenVPN was released in 2002 by James Yonan under the GNU GPL license. This means that users can:

When connecting to a server, OpenVPN first tries to establish a connection via UDP and then switches to TCP.

Public networks carry HTTP, FTP, SMTP, POP3, and IMAP traffic, which requires TCP. This is because it uses port 443, which is compatible with secure HTTPS traffic.

The provider determines the type of encryption. Generally, this is a 256-bit OpenSSL or AES encryption. Less commonly, AES-128 is found. Also implemented protection by standards:

Implemented connection to private subnets outside the dedicated OpenVPN servers. Implemented the protocol on all current platforms: 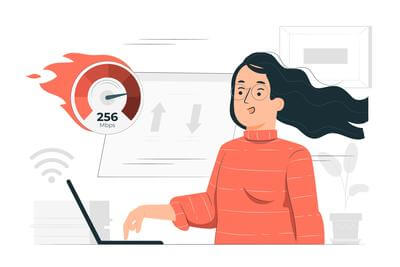 According to tests carried out by the team of developers of another open-source protocol WireGuard, OpenVPN with 256-bit AES encryption, HMAC-SHA2-256 authentication in UDP mode accelerates to 256 Mbps; there is a delay of 1.541 ms. Under the same conditions, WireGuard demonstrates 1,011 Mbps and 0.403 ms.

This difference is due to the high degree of encryption in OpenVPN and running tests on PCs with stripped-down Intel U-series processors. With a powerful PC and a high-speed connection, the speed and response rate will be "comfortable."

Top VPN providers use the protocol in both desktop and mobile versions of the client. Let's talk about the best of them and mention their core features.

Subscribe for 1 year using our link and get 3 months as a gift.

The service works with P2P servers and does not keep logs.

For the first time for 12 months, those who subscribe will receive 12 months of using the service for free.

The fastest ISP to achieve this title using dedicated servers and proprietary Lightway protocol. Protection of personal data is provided by TrueServer technology. Instead of HDD or SDD disks, all information is stored in RAM, which is wholly cleared after disconnecting from the power supply (reboot is enough).

Service provides double encryption of real IP address. The Kill Switch function is activated if you’re disconnected from the network and remains that way until the connection is restored. The CyberSec function blocks malware, spyware, and advertisements on websites from entering your device.

The only provider with a 7-day trial for less than $1.00. Their best features include data encryption using AES-256, split tunneling, and bypassing ISP restrictions from providers stand out. The service sells dedicated IPs, automatic port switching, and protection against DDoS attacks for a fee.

A youthful provider that stands out from the rest with an unlimited number of simultaneous connections (up to 100 devices). They use a solution similar to NordVPN with double IP encryption, protecting users from ads, spyware, and malicious software.

A reliable provider with a “modest” 150 servers in 60 countries (all the services mentioned above have more than 3,000 points to connect). The brand compensates for a small network with a high connection speed, 2048-bit encryption, and a lack of logging. Additional protection is the absence of IPv6 and DNS leaks.

OpenVPN is a secure encryption protocol that deserves attention due to its open-source code, robust data protection, and compatibility with all platforms. Its biggest drawback is speed drops on weak devices.